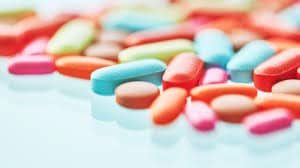 Concerns and fears over the risks associated with the over prescription of opioids for pain relief were laid bare in the case brought about by Oklahoma against the pharmaceutical giant Johnson and Johnson.

The judge in the US state has ruled that Johnson & Johnson must pay $572m (£468m) for its part in fuelling Oklahoma’s opioid addiction crisis. This case is the first to go to trial with many  more lawsuits lined up  against opioid makers and distributors.

It is estimated that Opioids have been involved in some 400,000 overdose deaths in the US from 1999 to 2017, according to the US Centres for Disease Control and Prevention.

During the trial which has lasted several weeks, state lawyers argued that Johnson and Johnson carried out a years-long marketing campaign that played down the addictive painkillers’ risks and promoted their benefits.

The state’s lawyers had called Johnson & Johnson an “opioid kingpin” and argued that its marketing efforts created a public nuisance as doctors over-prescribed the drugs, leading to a surge in overdose deaths in Oklahoma.

Johnson & Johnson have denied wrongdoing, arguing that its marketing claims had scientific support and that its painkillers, Duragesic and Nucynta, made up a tiny fraction of opioids prescribed in Oklahoma.

Johnson and Johnson are to appeal against the verdict but the outcome of the case will be  closely watched by plaintiffs in about 2,000 opioid lawsuits due to go to trial in Ohio in October, unless the parties can reach a settlement.

Although Opioids are useful in Moderate and severe pain relief, they are intended for short term use only in the treatment of pain that is unresponsive to standard painkillers such as paracetamol

The  most effective treatment pay for back pain is usually physical therapy, but in the US where healthcare is funded by insurance there is a reluctance to pay for this, instead opting for the prescription of cheaper opioids. Indeed many poorer people will often find that their insurance will not pay for anything more than a pill.