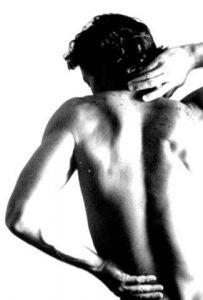 Low back pain, sciatica, or lumbago is a common condition that will affect most adults at some point in their lives. It is endemic in Western society, affecting some 30-40% of adults, and is a growing problem , probably as  a result of increasingly sedentary lifestyles, with less and less manual occupations. Indeed, increased leisure time has not unfortunately led to an increase in sport or general  fitness enhancing pastimes.

A visit to the doctor will usually result in the prescription of painkillers. Their continued use is becoming increasingly questioned over concerns on the ‘masking’ of back pain brought about usually by a physiological condition, and the potentially damaging effects of the continued use of tablets.

In the UK alone it’s estimated that the cost of back conditions to the economy is around £9b in terms of time lost to industry. According to the BMJ, the NHS spends over £1.1b on treating back pain, with some £500m being spent on prescriptions and private appointments, and some £1.6b on informal care. It’s estimated that there are some 14m back pain sufferers in the UK, with around 220 million in the rest of Europe and the US.

Back ache is usually most common in the lower back or lumbar region, although it can be experienced anywhere in the spine from the neck (Cervix) , down to the sacrum or indeed hips. Because of the complex structure of the back, it is often difficult to identify the precise cause of the discomfort, which can occur in the bones and joints of the spine itself, or the surrounding tissue, nerves, and muscle.

Generally, most episodes of low back pain aren’t caused as a result of serious damage or disease but simply minor sprains, strains or injuries, or even by the irritation or pinching of a spinal nerve.

Often back ache or pain of this nature can manifest itself over a period of time, or be caused by mundane activities carried out in the workplace or in the home, such as:-